I want you to take a minute and study the picture because it delivers the message perfectly. We like to think that when God asks us to let something go that He just wants to see us miserable, and He doesn’t want us to enjoy life. In the picture, the girl is holding a “little” teddy bear that she says she “loves.” God, on the other hand, is saying just trust Me to give you something better, and He’s holding a “much bigger” teddy bear behind His back. The girl is so stuck on her feelings towards the possession that she won’t even trust God to give her something better. “But I love it…,” “But I need it…,” “But I can’t live without it…,” “but, but, but…” We need to lose our “buts” when dealing with God and doing the things that He tells us to do. We are so adamant about keeping things, people, and emotions because they make us feel good, but God is saying give it to Him and let Him give you something better. Let Him enhance your life, but the “but God…” prohibits Him from having His way.

We stay in toxic relationships because we fear loneliness; we hold on to bad friendships because we’re afraid we won’t have anyone to “hang out” with; we cling to the past because it’s easier to wallow in self-pity than it is to confront the issue; we hold on to possessions because it makes us feel good about ourselves and gives us “status”; we stay at bad jobs because we are afraid we won’t be able to pay our bills. And the story goes on and on and on.

Let go of that bad boyfriend or girlfriend and let God give you the tailor made mate that He has already groomed for you, and watch your wildest dreams come true. Let go of those bad friends that have you doing everything you know you shouldn’t be doing, and let God usher in godly friends. Let go of your past pain and let God heal you everywhere you hurt. Let go of “things” and take ahold of Jesus. Let go of that job that you know in your heart is bad, and let God lead you into your calling where His provision will take care of you.

First Corinthians 2:9 says: “but as Scripture says: “No eye has seen, no ear has heard, and no mind has imagined the things that God has prepared for those who love him” (GW). God has so many wonderful things planned for you if you will only let Him give it to you. The things He has planned are so good that the human brain cannot even comprehend it. God doesn’t want to take things away from you or make you miserable. In John 10:10 Jesus says: “The thief’s purpose is to steal and kill and destroy. My purpose is to give them a rich and satisfying life” (NLT). When you hold on to what God is telling you to let go of, the devil will try to convince you that what God has isn’t better than what you already have, or what you’re already feeling. You need to recognize these lies and put the devil in his place, and like Jesus said in the picture, just trust Him. Jeremiah 29:11 says: “For I know what I have planned for you,’ says the Lord. ‘I have plans to prosper you, not to harm you. I have plans to give you a future filled with hope (NET). God loves you too much to see you miserable, let alone to do or take things away to make you that way…that’s the devil’s job. Just imagine that state that you’re in now…whatever it may be, God is more than able to take you higher if you let Him.

God is in the blessing business, and if you will just trust Him and release whatever He is telling you to release, that’s when you will see the true goodness of the Lord. As long as you think you know better than God and keep holding on to feelings, emotions, people, possessions, and the past, you limit God’s ability to work in your life. Be open and willing to trust in the One who died so you can have a rich and satisfying life.

Put yourself in the little girl’s shoes and ask yourself, “What am I holding on to that I know I need to let go of?” 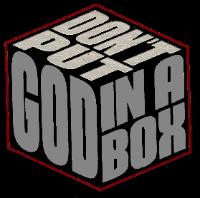