In the Bible, nature is constantly portrayed as a powerful force imbued with divine meaning and significance.

Whether it is floods, earthquakes, or raging winds, nature represents God’s ability to shape and reshape the Earth in dramatic ways. This symbolism also extends to human nature.

For example, the Old Testament is filled with stories of individuals who are hardened by nature’s harshness or strengthened by its bounty, illustrating the idea that nature has the power to mold us into who we are.

Thus, while nature and scripture may seem separate and distinct concepts to us today, they were deeply intertwined in biblical times.

Ultimately, nature played an important role in shaping religion and guiding people’s spiritual beliefs in ancient times, and this influence continues to this day.

Nature in the Bible

The earth dries up and withers,
the world languishes and withers,
the heavens languish with the earth.
The earth is defiled by its people;
they have disobeyed the laws,
violated the statutes
and broken the everlasting covenant.
Therefore a curse consumes the earth;
its people must bear their guilt.
Therefore earth’s inhabitants are burned up,
and very few are left.

These verses from Isaiah predict a time when nature will be desolated due to the actions of humanity.

It is a warning of the consequences of our disobedience and disregard for God’s laws. As we continue to mistreat the earth and pollute its resources, we are causing nature to suffer.

This not only has implications for the planet itself, but also for our own wellbeing. As nature declines, so too does our quality of life.

We must take care of the earth, not only for our own sake, but for the sake of future generations.

For since the creation of the world God’s invisible qualities—his eternal power and divine nature—have been clearly seen, being understood from what has been made, so that people are without excuse.

This verse is often used to argue that God exists, because nature points to a creator. Nature is orderly and complex, which couldn’t have happened by chance. Furthermore, nature itself is evidence of God’s power and nature. Therefore, people are without excuse if they don’t believe in God, because nature shows that He exists.

Through him all things were made; without him nothing was made that has been made.

John 1:3 says that “all things were made through him, and without him was not any thing made that was made.” In other words, Jesus was involved in the creation of everything in nature. This includes the animals, the plants, the mountains, the oceans, and even the stars. It’s hard to imagine anything that Jesus wasn’t involved in creating.

This verse reminds us that Jesus is not just some distant figure who created the universe and then stepped back from it. He is intimately involved with every aspect of nature, and nature itself is a reflection of his glory. When we look at nature, we are seeing a glimpse of the mind of God.

Then God blessed Noah and his sons, saying to them, “Be fruitful and increase in number and fill the earth.

This verse is often interpreted as a mandate for humans to populate the earth. However, it can also be read as a charge to protect nature. After all, what good is filling the earth with people if there is no nature left to enjoy?

By taking care of the earth and its resources, we can ensure that future generations will be able to inherit a world that is green and fertile. In this way, Genesis 9:1 can be seen as a call to stewardship of the natural world.

How many are your works, Lord!
In wisdom you made them all;
the earth is full of your creatures.
There is the sea, vast and spacious,
teeming with creatures beyond number—
living things both large and small.

These verses express the magnitude and diversity of God’s creation. They remind us that nature is not just a pretty background; it is alive with mystery and wonder.

The psalmist invites us to slow down and behold the majesty of nature, and in doing so, to catch a glimpse of the Creator himself. As we contemplate the natural world, we can’t help but be filled with praise for the One who made it all.

The nations were angry,
and your wrath has come.
The time has come for judging the dead,
and for rewarding your servants the prophets
and your people who revere your name,
both great and small—
and for destroying those who destroy the earth.”

Revelation 11:18 tells us that, when the souls of the saints are resurrected, nature will also be resurrected. The earth will be transformed, and all of creation will be made new.

This passage reminds us that nature is not simply an inanimate object; it is alive and connected to the spiritual realm. When we care for nature, we are not simply caring for the physical world; we are also caring for our own souls.

The heavens declare the glory of God;
the skies proclaim the work of his hands.

“Listen to this, Job;
stop and consider God’s wonders.
Do you know how God controls the clouds
and makes his lightning flash?
Do you know how the clouds hang poised,
those wonders of him who has perfect knowledge?

Nature is full of wonders. Its beauty is beyond compare, and its complexity is astounding. The Bible tells us that even the heavens declare the glory of God, but nature is also a powerful force, capable of causing great destruction.

Job 37:14-16 describes a powerful storm, and its effects are both terrifying and awe-inspiring. The thunder roars like a lion, and the lightning flashes like arrows. The wind whips around, flinging debris everywhere. This is a force to be reckoned with, and yet we see evidence of God’s control over it.

He sets the boundaries for the wind, and calms the storm at His will. These verses remind us that nature is both beautiful and dangerous, but ultimately it is under God’s control.

And God said, “Let the water under the sky be gathered to one place, and let dry ground appear.” And it was so. God called the dry ground “land,” and the gathered waters he called “seas.” And God saw that it was good.

These verses from Genesis 1 describe the moment when God created nature.

In just a few short words, we are given a glimpse of the power and majesty of our Creator. He spoke, and nature came into existence. From the swirling chaos of the deep, He brought forth light and order.

“Consider how the wild flowers grow. They do not labor or spin. Yet I tell you, not even Solomon in all his splendor was dressed like one of these.

The beauty of nature has always been a source of inspiration for artists and writers. In the Bible, Jesus tells his disciples to “Consider the lilies of the field, how they grow; they toil not, neither do they spin” (Luke 12:27).

This verse is a reminder that we should take time to appreciate the simple things in life, like the flowers in a meadow. Even though we may not always be able to see it, nature is constantly working around us. The flowers bloom in the springtime, the leaves change color in the fall, and the snow falls softly in the winter. Each season brings its own unique beauty. If we take a moment to look around us, we will see that nature is always giving us something to enjoy.

When I consider your heavens,
the work of your fingers,
the moon and the stars,
which you have set in place,
what is mankind that you are mindful of them,
human beings that you care for them?

Psalm 8:3-4 are some of the most beautiful and nature-filled verses in the Bible. It starts off by describing how God has “decked out the heavens with stars” and how he has “made the moon to mark the seasons.”

These verses set the stage for the rest of the psalm, which goes on to describe all of nature – from plants and animals, to mountains and oceans. Even though this psalm was written thousands of years ago, it is still relevant today.

In a world that is filled with so much pollution and destruction, it is important to remember that nature is a gift from God that should be cherished. These verses serve as a reminder of the beauty of nature and the importance of taking care of it.

He has made everything beautiful in its time. He has also set eternity in the human heart; yet no one can fathom what God has done from beginning to end.

This verse is a reminder that, although we may not always understand it, everything happens for a reason. We may not be able to see the beauty in nature at first glance, but if we take the time to look closer, we will see that everything is interconnected and has a purpose. Just as God has a plan for our lives, he also has a plan for nature.

The world would be a better place if we all took the time to learn from nature and stop trying to control everything. We should live in harmony with nature, not against it. Only then can we hope to truly sustain life on this earth.

They speak of the glorious splendor of your majesty—
and I will meditate on your wonderful works.

This verse is a reminder of the goodness of God and His constant care for His creation.

In nature, we see the evidence of His handiwork. The beauty of a sunset, the perfect symmetry of a snowflake, the ordered chaos of a beehive – all these things point to a Creator who is wise and powerful beyond our understanding.

When we take the time to appreciate the natural world around us, we are blessed with a glimpse of the divine. 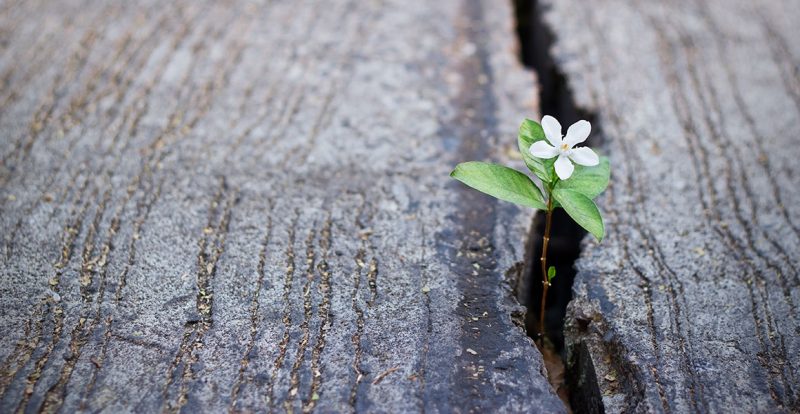